Six That Matter – shows that explore finding purpose, the universal desire to live a life that matters, to fully appreciate aspiration. Be it finding true love, sacrificing it all, a life of devotion, cultivating artistry, finding fame, each of these unforgettable shows- important in their own genres, are celebrations of greatness, of striving for more, that will make memories, sparking feelings of joy- of what being alive fully means.

Side by Side by Sondheim
Sept. 8-18, 2022
This revue celebrates the wit and genius of musical theatre’s most influential artist, who searched for what it means to be alive. Get ready to laugh, cry and fall in love with lyrics that are heartbreakingly true and music that captures the soaring emotions of a new generation with Side by Side by Sondheim. Simple and unpretentious, this Tony Award-winning musical is a perfect introduction to the work of this contemporary master and a must for diehard fans.

Little Shop of Horrors
Oct. 6-16, 2022
Feed the need for musical hilarity with this delicious sci-fi smash about a man who seeks fame at the cost of his morals with the help of a man-eating plant. A deviously delicious Broadway and Hollywood sci-fi smash musical, this musical has devoured the hearts of theatregoers for over 30 years. Howard Ashman and Alan Menken (Disney’s The Little Mermaid, Beauty and The Beast, and Aladdin) are the creative geniuses behind what has become one of the most popular shows in the world.

Miracle on 34th Street: A Live Musical Radio Play
Dec. 1-11, 2022
Adapted from the 1947 Lux Radio Broadcast
by Lance Arthur Smith
Original Songs and Arrangements by Jon Lorenz
When a department store Santa claims he’s the real Kris Kringle, his case gets taken all the way to the Supreme Court, and a little girl’s belief makes the difference in the ‘miracle.’ With live Foley effects and a score of holiday carols, Miracle on 34th Street is a beloved musical radio version of the classic film that will melt even the most cynical of hearts.

Proof
Jan.  12-22, 2023
By David Auburn
Winner of the 2001 Pulitzer Prize and Tony Award for Best Play, Proof tells the story of Catherine, a troubled young woman, who has spent years caring for her brilliant but unstable father, a famous mathematician. Now, following his death and on the eve of her 25th birthday, she must deal with her own volatile emotions; the arrival of her estranged sister, Claire; and the attentions of Hal, a former student of her father’s. Over the long weekend that follows, a burgeoning romance and the discovery of a mysterious notebook draw Catherine into the most difficult problem of all: How much of her father’s madness—or genius—will she inherit?

Always… Patsy Cline
Feb 2- 12, 2023
Created and originally directed by Ted Swindley
Always…Patsy Cline is more than a tribute to the legendary country singer who died tragically at age 30 in a plane crash in 1963.  The show is based on a true story about Cline’s friendship with a fan from Houston named Louise Seger, who befriended the star in a Texas honky-tonk in 1961, and continued a correspondence with Cline until her death. The musical play, complete with down home country humor, true emotion and even some audience participation, includes many of Patsy’s unforgettable hits such as Crazy, I Fall to Pieces, Sweet Dreams and Walking After Midnight – 27 songs in all.

Godspell
March 9-19, 2023
Book by John Michael Tebelak
Music and Lyrics by Stephen Schwartz
Godspell touches on the parables and wisdom that grapple with maybe the most important mystery of all. It was the first major musical theatre offering from three-time Grammy and Academy Award winner, Stephen Schwartz (Wicked, Pippin, Children of Eden), and took the world by storm led by the international hit, “Day by Day.” Godspell features a parade of beloved songs, including “Prepare Ye the Way of the Lord,” “Learn Your Lessons Well,” “All for the Best,” “All Good Gifts,” “Turn Back, O Man” and “By My Side.”

Check back for updates! 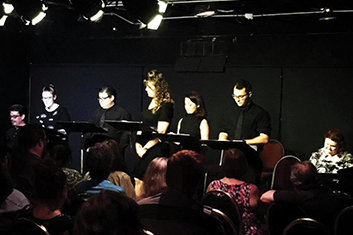 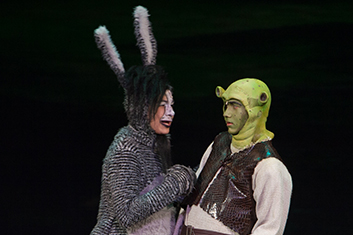